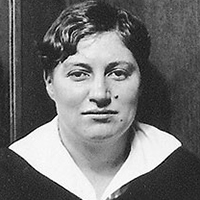 Mary Thelma Miller was the first woman to study civil engineering at the University of Illinois at Urbana-Champaign. Hailing from Decatur, Ill., Miller earned her bachelor's degree fifteen years before the next woman undergraduate (Barbara Schmidt).

Read a 1933 article about Miller from the Decatur Daily Review. 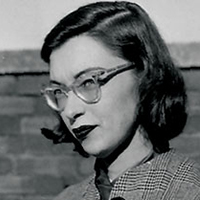 Nancy Brazell Brooks earned a bachelor’s degree in architecture from Alabama Polytechnic Institute, and went on to become the first woman to earn a master’s degree in civil engineering from the University of Illinois, in 1953.

As the first woman on the department’s research staff, Brooks worked on several structural research projects headed by Nathan Newmark, whom she viewed as mentor, boss and friend. She was also a pioneer in bringing computers into use in the department, and received a research assistantship programming the Illiac I.

As a professional engineer, Brooks worked for RAND Corporation, co-founded a small research and development firm, and later joined General Research Corporation as a senior system consultant. In 1998, she was awarded the CEEAA Distinguished Alumna Award in recognition of her “innovative use and development of numerical analysis techniques, computer programming, and computer software in the analysis of complex dynamic physical systems, and for her extraordinary public service, particularly in health care.” 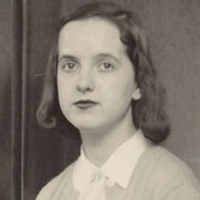 Connie Minnich (now Hauser) grew up in Pennsylvania, where her father was a civil engineer for Montgomery County. On her father's recommendation, Hauser elected to attend the University of Illinois to study civil engineering. At the time she came to campus, there was only one other woman studying civil engineering: Barbara Schmidt. Hauser joined the staff of the Technograph (eventually becoming editor), helped start the Illinois chapter of Knights of St. Patrick, and was the first woman elected to Chi Epsilon. She earned her degree in 1951, then attended Yale for her graduate degrees along with her husband, Ray.

Read more about Hauser and see additional photos from her time on campus.

First women to earn a Ph.D.:

First women to earn an M.S. in Environmental Engineering:

Get to know a few of our early alumnae: