CEE’s newest endowed professor, Professor Praveen Kumar, expects the additional funds available to him as the Colonel Harry F. and Frankie M. Lovell Endowed Professor to enable “high-risk, high-reward” research.  Although he has held the professorship for less than a year, this international leader in hydrology already has plans for augmenting his very active research program.

Having studied the effects of climate change on the hydrologic cycle, Kumar is interested in its effect on vector-borne diseases, illnesses that are carried by something, such as mosquitoes or birds. Climate change affects the life cycles of bugs and birds, as well as the parasites that live inside them that cause illness, Kumar says.

“How do these changes interact to affect incidences of human health problems?” he says.  “It’s a new area—people have been talking about it, thinking about it, for the past 8-10 years maybe—but there isn’t a consensus on the issues and the outcomes. Getting funding for [something like] this is a little challenging until you do the demonstrable work, and that takes a little bit of time. If you can actually do some research and prove it, then people are more amenable to say, ‘Okay, let’s take a chance on this.’”

Another research area Kumar hopes to pursue with the professorship funds is in the area of hyperspectral remote sensing, a technology that measures texture in the landscape.

“These instruments measure frequency bands that our eyes cannot see, so they reveal things about chemical composition and the structure of landscapes and vegetation characteristics which we would not otherwise be able to see,” he says. “The applications are many.”

Kumar is working with the National Aeronautics and Space Administration, which plans to launch a satellite with hyperspectral remote sensing capability in the next decade. Kumar was part of a team of researchers who used those tools to study the Mississippi Delta flooding of 2011. Now he is doing feasibility and proof-of-concept studies to explore ways to characterize extreme floods and droughts using these space-borne tools.

Even more significant than the freedom to do exploratory research, says Kumar, is the honor attached to being named an endowed professor.

“It’s a significant recognition for faculty in the department,” Kumar says. “In the whole university, there are only about 220 people who have professorships.”

For an academic department to be able to extend that honor to faculty increases its preeminence and helps retain senior faculty, he says.

“Our department is a top-ranked department, and it needs to be able to attract the best people to its faculty ranks.  … There are far more accomplished people in our department than we have been able to recognize.” 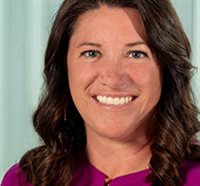 The CEE Office of Advancement is here to serve CEE at Illinois alumni and friends. We welcome your input and look forward to hearing from you!

For Corporate relations, e-mail is the most reliable contact method and will result in the quickest response.