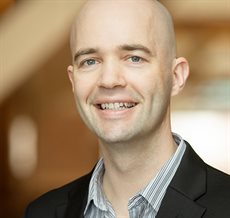 Collecting hyperlocal information about air pollution using existing methods involves expensive equipment that is difficult to acquire, maintain and operate. In this project, researchers will add air pollution sensors to an existing network of nodes built on an edge computing platform to collect meteorological, audio, video and other data – all of which will be used to help detect and characterize passing vehicles and related emissions. From there, the team will create a machine-learned model to predict measured concentrations of fine particulate air pollution caused by traffic at each node location.

“What we’d ultimately like to do with this project is to create a system that can estimate the amount of air pollution caused by traffic at a given location using relatively inexpensive sensors, which could contribute to detailed maps of air pollution in a city,” Tessum said.

“Creating distributed, intelligent networks of computational systems that are exposed to the elements is extremely difficult, so we are grateful to be working with the leaders in this field at Argonne,” Tessum said. “By combining their expertise with the expertise in air pollution we have at UIUC, we hope to create a new application for their network.”

Tessum is joined on the project by fellow University of Illinois Urbana-Champaign researchers Mei Tessum, research assistant professor in the Department of Agricultural and Biological Engineering, and Volodymyr Kindratenko, Assistant Director at the National Center for Supercomputing Applications at UIUC, and Argonne Laboratory scientists Pete Beckman and Nicola Ferrier.